Chief Olusegun Obasanjo looked confident yesterday at a lecture room at the National Open University where he was bracing up to defend his doctoral thesis. 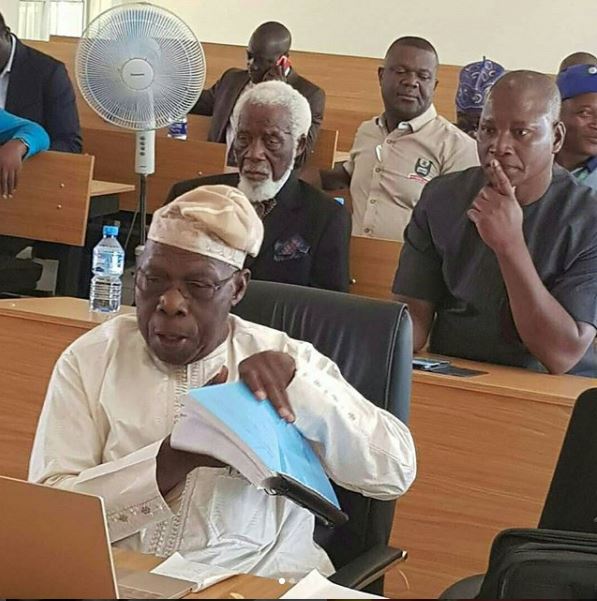 The topic of his research work is currently unknown but the 80-year old Ogun State native was seen looking boldly into his laptop screen with a fairly large audience aroound him.Obasanjo is a former Nigerian Army general who was President of Nigeria from 1999 to 2007. Obasanjo was a career soldier before serving twice as his nation’s head of state. 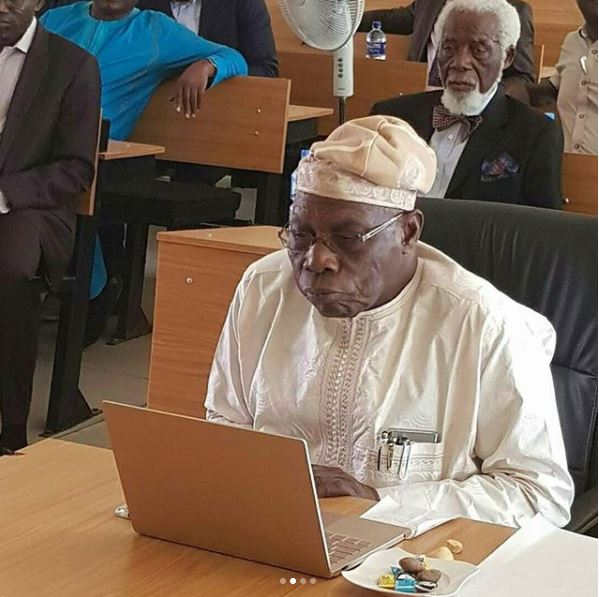