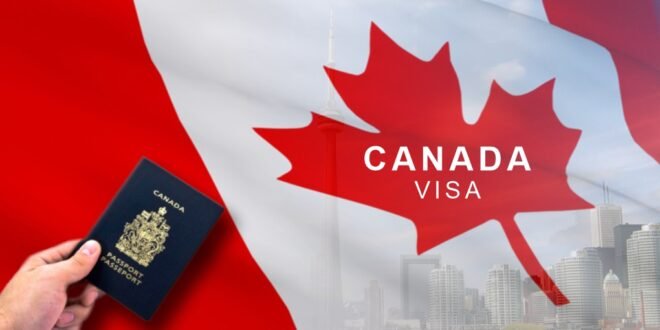 Getting Visa To Migrate To Canada – See Requirements

With world-class healthcare facilities, quality and research-based education, flexible immigration policies, security and ample employment opportunities, Canada, no doubt is one of the best countries in the world to live, work and raise a family. there is no shortage of reasons why Canada is a major immigrant destination.

Who Requires A Visa?

Foreigners wishing to migrate to Canada must obtain a visa, a legal document that guarantees your stay in Canada. There are two major categories of visa namely permanent and temporary visa.

Citizens of Andorra, Antigua and Barbuda, Australia, Austria, Bahamas, Barbados, Belgium, Brunei, Chile, Croatia, Cyprus, Czech Republic, Denmark, Estonia, Finland, France, Germany, Greece, Holy See (holders of a passport or travel document issued by the Holy See), Hungary, Iceland, Ireland, Israel (holders of national Israeli passport), Italy, Japan, Korea (Republic of), Latvia, Liechtenstein, Lithuania (holders of a biometric passport/e-passport issued by Lithuania), Luxembourg, Malta, Monaco, Netherlands, New Zealand, Norway, Papua New Guinea, Poland (holders of a biometric passport/e-passport issued by Poland), Portugal, Samoa, San Marino, Singapore, Slovakia, Slovenia, Solomon Islands, Spain, Sweden, Switzerland, Taiwan (holders of the ordinary passport issued by the Ministry of Foreign Affairs in Taiwan that includes their personal identification number).
British citizens and British overseas citizens – A British citizen or a British overseas citizen who is re-admissible to the United Kingdom.
British overseas territories, citizens of – A citizen of a British overseas territory who derives their citizenship through birth, descent, registration or naturalization in one of the British overseas territories of Anguilla, Bermuda, British Virgin Islands, Cayman Islands, Falkland Islands, Gibraltar, Montserrat, Pitcairn, St. Helena or the Turks and Caicos Islands.
British National (Overseas) – holder of a British National (Overseas) passport issued by the United Kingdom to persons born, naturalized or registered in Hong Kong.
British Subjects – holder of a British Subject passport issued by the United Kingdom which contains the observation that the holder has the right of abode in the United Kingdom.
Hong Kong Special Administrative Region – holder of a valid and subsisting Special Administrative Region passport issued by the Hong Kong Special Administrative Region of the People’s Republic of China.
United States citizens and permanent residents – A United States citizen or a person lawfully admitted to the United States for permanent residence who is in possession of their alien registration card (Green card) or can provide other evidence of permanent residence.
If your country is not listed among the visa exempt countries, then you must apply for a visa. Canada visa application is an onerous, but armed with the right information getting your visa approval is guaranteed.

Required Documents
Valid Passport/travel documents
Two recent passport size photograph
Proof of application fee
Evidence of Financial capacity to cater to your stay
You may need to include other documents. These documents could be identification cards, proof of employment, a letter of invitation from relatives or friends in Canada, or a proposed itinerary. Check the website of the visa office responsible for the country or region where you live for more information
If you are applying for a study permit, you will be required to provide the following documents.
Acceptance letter from
proof of financial support to cater for your stay
Letter of explanation/cover letter
Language proficiency test
Copies of academic certificates
Visa fees
Passport
Passport photograph