Nigeria’s film industry, popularly called Nollywood, generates between $500 million and $1 billion yearly in revenue. It also employs about 300, 000 people and more than one million people indirectly. 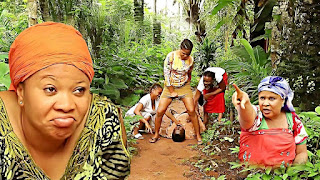 The Senior Manager, Intra-African Trade Initiative, African Export-Import Bank (Afreximbank), Gainmore Zanamwe, who spoke at the 47th Annual General Meeting (AGM) of the Manufacturers Association of Nigeria (MAN) in Lagos, said  Nollywood movies are patronised across the continent and outside the continent by the Diaspora.

He said Afreximbank was working with partners in the creative industry to boost export of Nigerian and African movies, music, fashion and other creative works.

Zanamwe said the bank does this by providing financing products and trade facilitation services. He added that the bank was also developing a technology platform for aggregation and distribution of high-quality Nigerian and African content – music, video, and movies.

Nollywood is globally recognised as the second largest film producer in the world. It is a significant part of the arts, entertainment and recreation sector, which contributed 2.3 per cent that contributed N239 billion to Nigeria’s Gross Domestic Product (GDP) in 2016, for instance.

Zanamwe said the creative industry is one of the key growth areas of interest to the bank’s Diaspora strategy.

Others include ethnic foods, textiles, tourism, and manufactures. He said, for instance, Nigeria’s trade in ethnic foods with the United States is estimated at between $500 million and $1 billion.

According to him,  the bank’s Diaspora strategy provides various ways in which diaspora resources (both financial and expertise) can be mobilised for the promotion of intra-African trade and the development of Africa through investments, trade links, skills, and technology transfer.

Apart from Afreximbank, the Federal Government also identified Nollywood as one of the priority sectors in its Economic Recovery and Growth Plan (ERGP), with a planned $1billion in export revenue by 2020.

However, for this to happen, experts at PricewaterhouseCoopers (PwC Nigeria) say challenges would have to be addressed to take Nollywood to the next phase. They listed the challenges to include financing, infrastructure, copyright infringements and piracy, capacity, and taxation.

PwC’s team of experts led by Partner, Entertainment Leader, Mr. Femi Osinubi, in their report titled: PwC’s Global Entertainment & Media Outlook 2017 – 2021 said, for instance, the Nollywood of the future will be one where there is alternative funding mechanisms, accurate data collection and tracking of revenue, and digitisation.