Married woman Dies while on Duty with Young Lover – RIP

Nightmare has remained the only companion of a 42-year-old man, Gundumi Saya who allegedly lured a married woman, Mrs. Hajara Markus out of her matrimonial home for pleasure where she died while the duo were engaged in illicit affair. 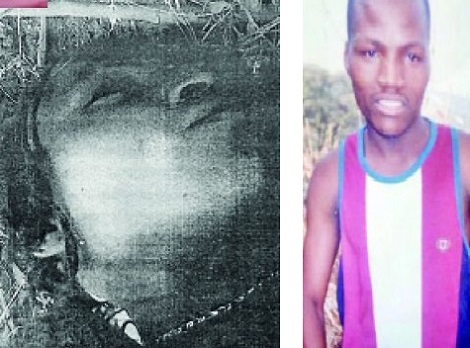 Gundumi has been remanded in Jos prison by Plateau State High Court for allegedly killing Mrs. Hajara during pleasure. He confessed to have been having secret pleasure relationship with the woman before and after she got married to her husband.
The suspect who hails from Zango-Dinya village of Bassa Local Government Area of Plateau State is married with three wives and 14 children, but still enjoys keeping concubines he sleeps with outside his home. He claimed to have dated Hajara during her active youthful years before she got married to Markus Jagaba.

Nemesis caught-up with Gundumi when their relationship turned sour on November 21, 2018, a day Hajara allegedly died having pleasure with him in an exclusive location in Jos.

It was gathered that the late Hajara had lied to her husband that she was going for a wedding programme at Jakandagiwa village in Bauchi State and demanded for permission to be away for some days. She however took advantage of the wedding to go for the extra-marital affair that ended her life.

According to his statement to police filed before Justice Daniel Longji of the Plateau State High Court, Jos, Gundumi, argued that he does not have a hand in the death of his ex-lover, Hajara but  admitted he was together with her when she died.

Gundumi, who is cooling his heels at the Jos Prison, was charged with culpable homicide, an offence he allegedly committed on November 21, 2018.

The police alleged that Gundumi, on that fateful day committed the act of adultery with the deceased when he lured her out of her matrimonial home to have sexual intercourse with her, an offence that contravened section 368 of the Penal Code.

It was revealed that Gundumi intentionally dumped the body of the deceased by the roadside, after he realised that she had died while they were having pleasure. He was accused of refusing to inform the police of Hajara’s death, thereby contravening sections 189 and 102 of the Penal Code.

In his statement, he denied killing his lover, stating that he woke up to make love to her in the middle of the night only to find her dead.

“Whenever I wanted to have sexual relationship with her, I invite her to the bush where we will `catch our fun’, and she will return home. On the said date, we arranged to meet at my friend’s place, one Ojukwu, who is also married, after she told her husband that she was going for a wedding in Bauchi State.

“As agreed, we met at Ojukwu’s house and he (Ojukwu), gave us a room to pass the night. Ojukwu’s wife later sent a boy with `garri’ (cassava flour), and kuli-kuli (groundnut cake), to Hajara, which she soaked and took, after which she retired to sleep.

“I woke up at 2 am to make love to her, but discovered that she was motionless. I quickly ran to Ojukwu’s room to alert him, but his wife told me that he did not sleep at home.”

Gundumi in his statement claimed that Ojukwu advised him to dump the body by the roadside, which they both did, and went their separate ways. Six days after Hajara’s lifeless body was dumped, there was commotion in front of his house and as he peeped through the window, he discovered that policemen had stormed his house to arrest him.

Luckily, he escaped inside the bush and stayed there for three days after which his daughter called to tell him that the police had taken his elder brother away. “I felt bad when I heard that sad news that my brother had been taken away by the police and I decided to surrender myself to the police”.

Gundumi insisted that he had no hand in the death of the woman. “I did not kill her. But I may not know if my friend’s wife poisoned the `garri’ she gave her because that was the last thing she took before going to bed.’’

Her husband opens up

The deceased husband, Mr Markus Jagaba, 44, in his statement, stated that his wife took permission from him to attend a wedding at Jakandangiwa village in Bauchi State. Jagaba added that he allowed her to go because it was a family occasion and he did not suspect that she was going to meet another man.

“My wife told me she was going to attend a family occasion at Jakandangiwa village in Bauchi State. I did not argue with her. I simply allowed her to go because I didn’t know she had other plans.

“I became worried when she did not return home after the wedding and did not respond to my phone calls. I called her family members and was shocked to learn that she was not at the wedding.

“When we did not see her after searching everywhere, my family and I reported the matter to the police after which I was called by the police, some days later, to come over and identify the corpse which I confirmed to be my wife’s.’’