Watch: Davido Teams Up With American Singer Russ for ‘All I Want’ 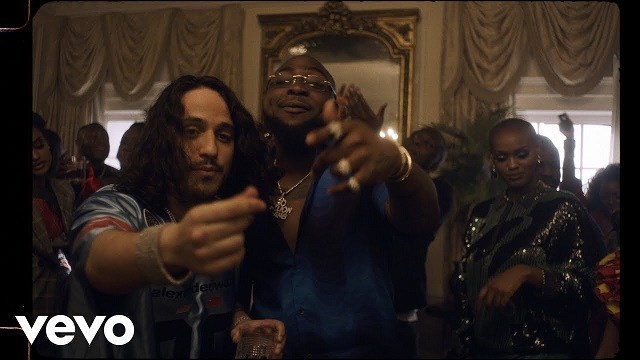 In the beginning of the music video, the ‘If’ crooner is seen in a house party singing the chorus of the song.

Russ partnership with Davido is coming almost a year after the ‘There’s Really A Wolf‘rapper made the news on Forbes magazine for earning $15 million dollars off his music career within a year.

The American singer effortlessly flaunts some Nigerian lyrics in the song:

I be on your vibes oh

All I want is you

Enjoy ‘All I Want’

There appears to be a growing relationship between Davido and a growing list of foreign entertainers.

The Afro-pop singer will be featuring alongside Tory Lanez in Sean Kingston forthcoming song, ‘Peace of Mind‘. ‘Peace of Mind’ hit the airwaves yesterday 26th April.