Former German Chancellor Gerhard Schröder is to marry his South Korean girlfriend later in the year. Kim So-yeon is nearly three decades younger than Schröder, who has been married four times. 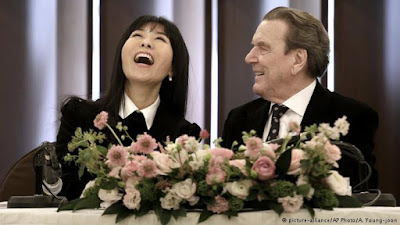 The 73-year-old former Chancellor Gerhard Schröder announced on Thursday that he was to marry his partner Kim So-yeon in a ceremony later this year.The former Social Democratic Party (SPD) chancellor, who was in office from 1998 to 2005, has had a string of wives, most recently divorcing fourth spouse Doris Schröder-Köpf in 2016. He remains a divisive figure within the SPD.