Shuga actress, Dorcas Shola Fapson, this week broke the news on social media of how a Taxify driver, Henry Nnaemeka almost r@ped her in the middle of the night. Some of her fans said she made up the story and only wanted to use it to get fame. 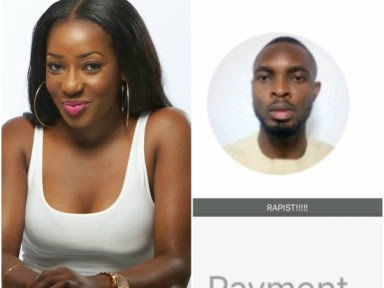 As that was ongoing, the driver also came out to say Dorcas lied. And despite Dorcas and her family are treating this privately, including the company the driver works with, Dorcas had to clear her name and released some shots from the video she recorded as the abduction and near r@pe almost happened.

The video after the cut…