2face Idibia has paid a condolence visit to his state governor, Samuel Ortom of Benue state, over the recent herdsmen killings in the state. 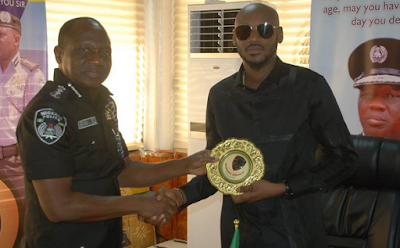 He was received at the Government House by the governor and members of his cabinet.

Before his visit, recall he had lent his voice while performing at last Friday’s Soundcity MVP awards, as he urged the Federal government to do everything possible to end the killings in Benue State. The singer also met with the IG who at the moment is in Benue to see an end o the senseless killings.