A rather shocking piece of tomato that had the face of human has been spotted in mile 12 market in Lagos. 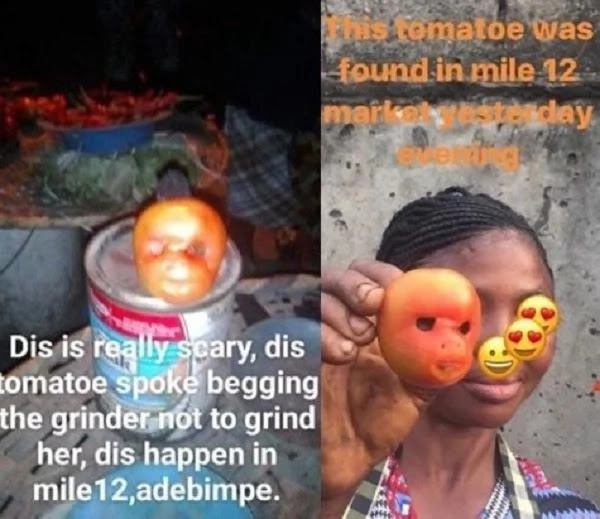 The tomato was said to have generated a lot of confusion as people were scared to touch it because of how it looked. Some said it looked like half human and half monkey while other simple termed it as abnormal.Many that saw it wanted to know how it came to be but some were quick to say that if human can change their gender, plants and animal should be able to do likewise.

One of the eye witness at the scene claimed that the tomato was begging the grinder not to grind it.

Dis is really scary, dis tomatoe spoke begging the grinder not to grind her, dis happen in mile 12, adebimpe 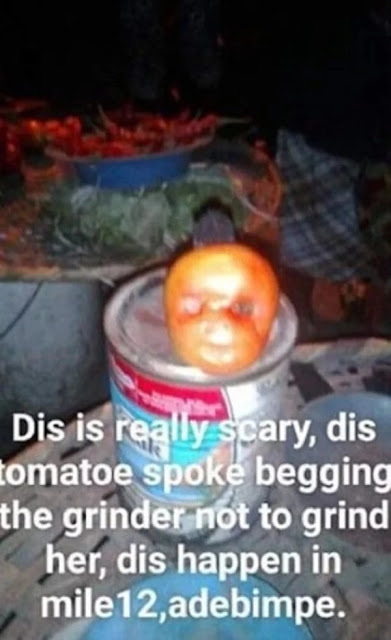