New studies have shown that extracts of the leaves and stem bark of African cherry could be used effectively to treat drug-resistant infections; and may hold the key to new and effective alternative antimalarial medicine. 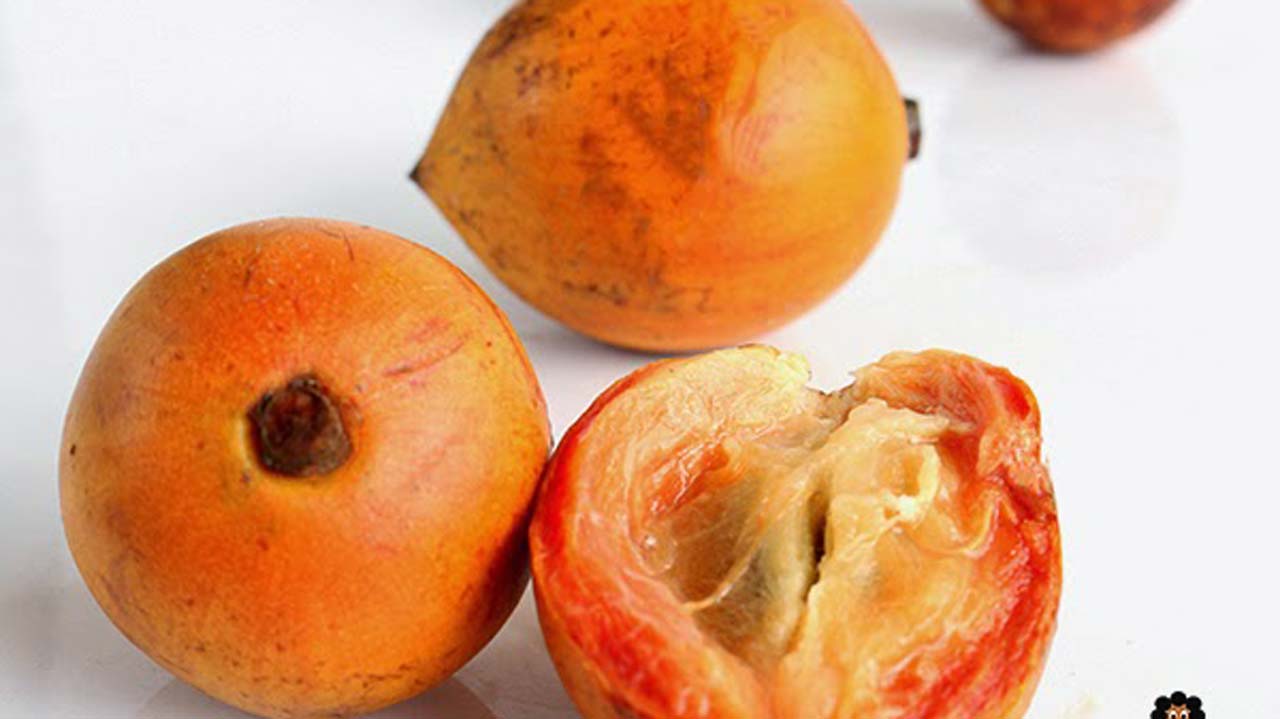 A new study has established the possibility of developing antimicrobial agents of natural origin to manage possible infection from vancomycin-resistant Staphylococcus aureus (VRSA) that are now developing multi-resistance against many antibiotics.The researchers concluded: “The bactericidal activities exhibited by C. albidium extract against VRSA used in this study revealed a significant therapeutic potential of this plant and supported its usefulness in folklore remedies for the management of infections caused by pathogens. The ability of the plant extract fractions obtained from C. albidium to kill VRSA in this study at low concentration and minimal contact time has established the potential of the plant as a template for future drugs that could be formulated to combat infections caused by VRSA; such drug would be useful in combating the menace of VRSAs in human and animal health.”

Also, another study published in Asian Journal of Biomedical and Pharmaceutical Sciences has validated the folklore use of extracts of African cherry in treatment of malaria.

The Nigerian researchers evaluated the use Chrysophyllum albidium in traditional treatment of malaria for efficacy against the Plasmodium berghei infected mice. “The usefulness of this medicinal plant may hold the key to new and effective alternative antimalarial medicine.”

The study is titled “In Vivo Antiplasmodial Evaluation Of Methanol Leaf Extract and Fractions of Chrysophyllum albidum G. Don (Sapotaceae).”

Until now, there is a high level of treatment failure to conventional antimalarial drugs. Despite significant progress in the treatment of malaria, this disease has staged a huge comeback in large areas of the world, due to the development of drug resistant parasites.

Several studies have shown that the progressive spread of the malaria parasite, Plasmodium falciparium, resistance to antimalarial drugs poses a serious threat to disease control programme. In addition, there is lack of scientific information on effect of C. albidum as anti-malarial drug.

According to the researchers, there is therefore urgent need for alternative approach. Thus, Chrysophyllum albidium used in traditional treatment of malaria was evaluated for efficacy against the Plasmodium berghei infected mice. They said the usefulness of this medicinal plant may hold the key to new and effective alternative antimalarial medicine.

Botanically called Chrysophyllum albidum, African star apple, which belongs to the plant family Sapotaceae is an edible tropical fruit known by various tribal names. It is called Utieagadava in Urhobo; Agbalumo in Yoruba; Udala in Ibo, Efik and Ibibio; Ehya in Igala, Agwaluma in Hausa tribes of Nigeria. In southern Benin, it is called Azongogwe or Azonbobwe in local language.

Phytochemical analysis indicates that Chrysophyllum albidium is rich in natural antioxidants, which promote health. This plant is highly rich in flavonoids, steroids, glycosides and saponins and thus serves as a source of anti-inflammatory, anti-spasmodic, as well as possesses diuretic properties. Extracts from seeds and roots of C. albidium effectively arrested bleeding from fresh wounds and also promote wound healing.

Until now, Chrysophyllum albidium leaves are used as emollients and for the treatment of skin eruptions, diarrhoea and stomach ache. The stem bark of this plant is used in preparation of decoction for the treatment of fever and black-coated tongues caused by increase population of bacteria and yeast in the mouth.

Indeed, Chrysophyllum albidum has many ethnomedicinal uses. The bark is for treating yellow fever and malaria in folklore medicine. Its leaves are used as emollient and for the treatment of malaria, stomachache and diarrhoea. Also, its leaves and seed cotyledons are used as ointments in treating vaginal and dermatological infections in Western Nigeria. Seed and root extracts of C. albidium are used to arrest bleeding from fresh wounds, and to inhibit microbial growth of known wound contaminants and also enhance wound healing process as they have astringent characteristics.

Staphylococcus aureus causes variety of infections in humans and animals worldwide and predominates in surgical wound infections. These organisms cause superficial skin infection and are also responsible for some life-threatening diseases such as sepsis, respiratory tract and bloodstream infections.

The emergence of vancomycin resistant Staphylococcus aureus is a big concern that is threatening human’s health globally and has led to an increase in morbidity and mortality. The abrupt and continued increase in the use of vancomycin worldwide resulted in the increasing frequency of VRSA infections in hospitals. The diseases caused by these multiple-drug resistant microorganisms are associated with prolonged hospitalization.

Emergence of clinical infection due to S. aureus in a patient in United States (U.S.) with high resistance to vancomycin was reported in 2002. Thus, there is an urgent need to source for antimicrobial agents especially of natural origin to combat the activities of these pathogens. Emergence of vancomycin resistance in S. aureus is a global issue, and thus, this study focused on the potency of stem bark extract of Chrysophyllum albidium on vancomycin resistant S. aureus isolated from clinical samples.

The methanolic crude extract of the plant was preliminary screened for the presence of phytochemicals; after then, the extract was partitioned into n-hexane, chloroform, ethyl acetate and butanol fractions. A range of concentrations of the plant extract fractions was prepared to assess its antimicrobial potency; the minimum inhibitory concentrations (MICs); the minimum bactericidal concentrations (MBCs); the rate of killing; the potassium ion leakage potential and nucleotides leakage ability against the VRSAs.

The phytochemical screening revealed the presence of tannins, alkaloids, flavonoids, saponins, steroids, reducing sugars and terpenoids as major phytoconstituents resident in the crude plant extract. The two active fractions (n-hexane and butanol) at a concentration of 10 mg/ml exhibited antibacterial activities with the MIC and MBC values for the fractions ranged between 0.63–10 mg/ml and 1.25–10 mg/ml respectively.

The time kill assay revealed that the antibacterial action of the two fractions are time and concentration dependent; the n-hexane and butanol fractions achieved 100 per cent kill on the test isolates at a concentration of 3 × MIC and 2 × MIC respectively after 120 minutes of reaction time. Varying amount of potassium ions as well as nucleotides were leaked from the test cells by n-hexane and butanol fractions.

The researchers noted: “The results obtained from our studies on fractions obtained from C. albidium stem bark extract showed that the extract exhibited high antibacterial activities towards various isolates of vancomycin resistant S. aureus used for this studies. Fractions obtained from this extract compared favourably with the two standard antibiotics–ampicillin and streptomycin used as positive controls. This is an indication that C. albidium stem bark extract could serve as a remedy to combat the infections caused by VRSA along with other pathogens that have now developed resistance to various antibiotics now in circulation used as therapy against infections caused by microorganisms.

“Chrysophyllum albidium is used among many tribes in West Africa for the treatment of various infections caused by microorganisms. Extracts obtained from C. albidium exhibited the presence of phytochemicals, which include flavonoids, tannins, saponins, alkaloids, steroids, reducing sugars and terpenoids. These phytochemicals contributed to the bioactive potentials of this plant. Phytochemicals have been reported to be biologically active and thus contributed to the antimicrobial activities of this plant. These facts supported the usefulness of C. albidium in folklore remedies. The natural products and phytochemical compounds present in this plant can be exploited for the development of novel bioactive compounds for the treatment of infections caused by VRSA and other pathogens that are now becoming resistant to antibiotics.”

The researchers from Faculty of Pharmaceutical Sciences, Nnamdi Azikiwe University, Awka, Anambra State, concluded: “The findings of this study support the use of this plant in the traditional treatment of malaria in Nigeria. The ethyl acetate fraction had the highest antimalarial activity. All the fractions and crude extract showed significant antimalarial activity except n-hexane fraction. It was also observed that the extract, at the dosages used, were non-toxic to mice and did not show any significant effects in hematological and serum biochemical parameters.”

They recommended: “Isolation and characterization of the active constituents of the ethyl acetate and butanol fractions, to determine their specific mechanism of action, is recommended. Further investigation of the toxicity of this plant to evaluate its effects during long-term administration is recommended.”

The study evaluated the in vivo antiplasmodial activity of the methanol leaf extract and fractions of Chrysophyllum albidum. Dried C. albidum leaves were cold macerated in methanol. The median lethal dose (LD50) was evaluated in mice. 54 albino mice grouped into nine, were used for the study. Animals were treated with 125, 250 and 500 mg/kg of methanol leaf extract of C. albidum, 500 mg/kg each of n-hexane, ethyl acetate, butanol and aqueous fractions of C. albidum leaf; Arthermeter:lumefantrine (0.73:4.4 mg/kg) and 5 ml of distilled water respectively.

Biochemical and hematological effects of C. albidum leaf extract were also evaluated. The LD50 was calculated to be 2739 mg/kg body weight. The results revealed that the methanol extract, ethyl acetate, butanol and aqueous fractions exhibited significant reduction in percentage parasiteamia. There were no significant changes in the levels of alanine aminotransferase, aspartate aminotransferase, alkaline phosphate, bilirubin, creatinine, urea, white blood cell count, red blood cell counts, heamoglobin and packed cell volume. The result of this study validates the use of C. albidum in ethnomedicine for malaria treatment. However, further studies need to be done to identify and characterize the active principles presence. This study may be useful as lead in future development of antimalarial drugs.