Man Erroneously gets N10m in his Bank Account in Lagos, Spends it

The Chief Executive Officer of an oil and gas company, Olukunle Owolabi, was yesterday arraigned before a Lagos Magistrate’s Court, sitting at Igbosere, for allegedly using the N10million erroneously deposited into his bank account. 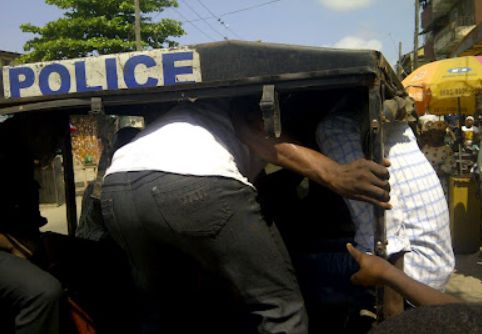 The 53-year-old man, alongside his company, were charged before Magistrate F. O. Botoku.The defendant, who resides in Ogudu GRA, Lagos, is facing a count charge of fraud preferred against him by the Police.

The prosecutor, Chinedu Njoku, told the court that he committed the alleged offence on April 5.

He said the incident occurred at 2, Tinubu Street, Lagos Island.

Njoku said at about 11a.m., the defendant fraudulently converted N10 million belonging to a bank, which was deposited into his account by Telecorev Nigeria Limited on March 31.

The prosecutor told the court that the defendant’s account was last used by him in 2016 and when he suddenly got an alert from the bank, he transferred the entire money into his account in another bank and used it in paying off his debts.

‘My defence’ The defendant, during his arraignment, told the court that on March 31, he received an alert of N10m.

He continued: “When I got the alert, I thought it was from one of our customers or debtors so I decided to wait till I get a call from the bank or the person.

“When I didn’t get any call, on April 4 I transferred the money to my account in another bank, which led to my account being frozen.

“It is a clear case of Criminal conspiracy by the bank and Telecorev to launder money and operate my account illegally without my consent.”

He asked for the Telecorev account from which the money was transferred to be probed.

The law
According to Njoku, the offence committed is punishable under Section 285(5a) of the Criminal Law of Lagos State, 2015.

However, the defendant pleaded not guilty to the charge.

Magistrate Botoku granted him bail in the sum of N1 million with two sureties in like sum.

She said the sureties must be gainfully employed and show evidence of payment of tax to Lagos State government with verification of addresses.

The case was adjourned to December 19.